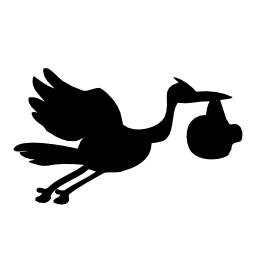 The foal of SSF Beautiful Jeanny to Remember was born on july 23 early in the morning. A complete surprise as we did not leave her with the stallion. Last year our stallions escaped and although we soon had them back on their own pasture, one of the stallions showed his super powers.

It is, according to Jeanny her habit, a black filly. We do not know how long Jeanny carried, but the foal was so cute, the smallest that has already been born here with us.  She is perfectly fine and mama Jeanny is a fantastic mother too.

We have sent DNA to the lab to be sure who the daddy is and it turns out that our new breeding stallion Wings turns out to be very fertile!

The foal is called TyBees Salsawings Beautiful Fay. A beautiful little black filly with big names in her pedigree!

Her sire, Kingswood After Dark On Silent Wings, has won several championship titles since he was a foal.

Fay is a cute little rascal who will grow into a beautiful horse!

This website uses cookies to improve your experience while you navigate through the website. Out of these, the cookies that are categorized as necessary are stored on your browser as they are essential for the working of basic functionalities of the website. We also use third-party cookies that help us analyze and understand how you use this website. These cookies will be stored in your browser only with your consent. You also have the option to opt-out of these cookies. But opting out of some of these cookies may affect your browsing experience.
Necessary Always Enabled
Necessary cookies are absolutely essential for the website to function properly. This category only includes cookies that ensures basic functionalities and security features of the website. These cookies do not store any personal information.
Non-necessary
Any cookies that may not be particularly necessary for the website to function and is used specifically to collect user personal data via analytics, ads, other embedded contents are termed as non-necessary cookies. It is mandatory to procure user consent prior to running these cookies on your website.
SAVE & ACCEPT